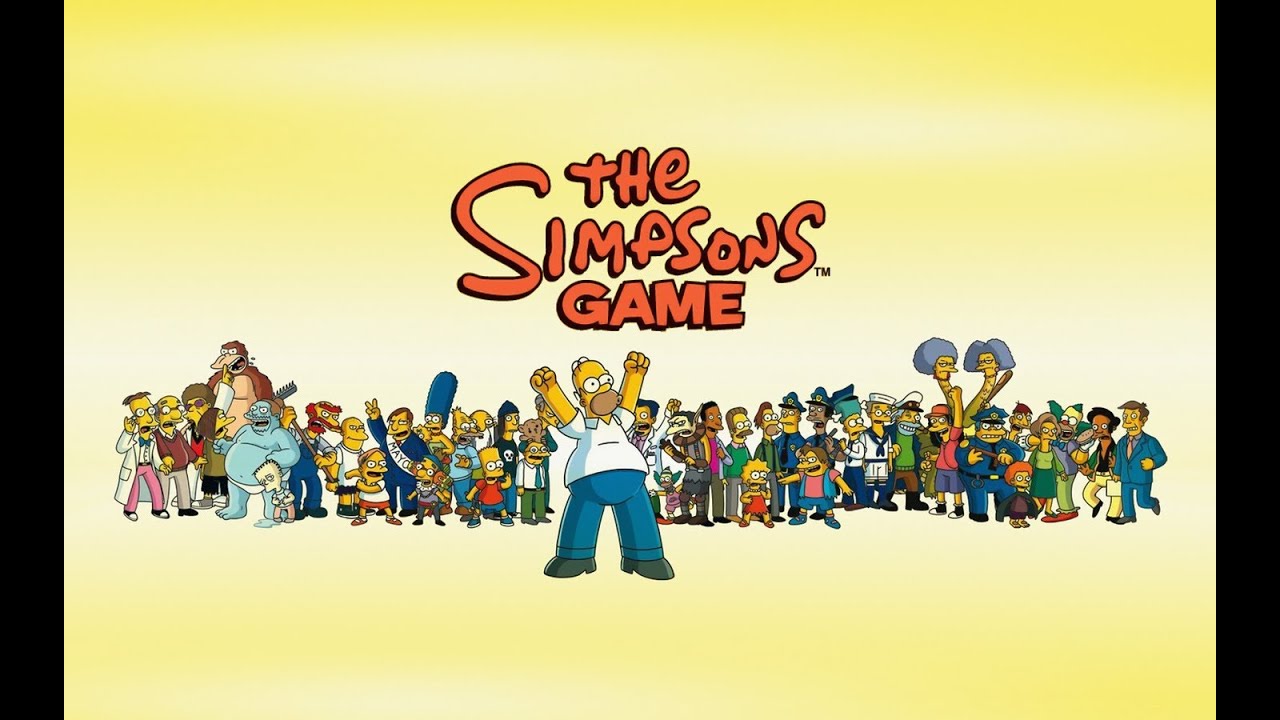 The Simpsons Game is an action/platformer video game based on the animated television series The Simpsons and loosely on the film, made for the Nintendo DS, Wii, Xbox 360, PlayStation 2, PlayStation 3 and PlayStation Portable. The game was developed, published, and distributed by Electronic Arts. It was released in North America in October 2007 and worldwide in November 2007. It features an original storyline written by Simpsons writers Tim Long, Matt Selman, and Matt Warburton. In the self-referential plot, the family discovers that they are forced to participate in another The Simpsons video game. Similar to the show, the game pokes fun at popular culture, other video games, and Electronic Arts, its publisher.

The game follows the five Simpson family members—Homer, Marge (with Maggie), Bart, and Lisa—who learn they are part of a video game and are given superpowers to resolve several situations. Eventually, they must save their 8-bit predecessors from Will Wright, and the creator of their video game character selves, Matt Groening. The Simpson family travels to four scenarios in parodies of other games to collect key cards used to infiltrate their creator’s mansion and ultimately to save their predecessors from destruction.

Players of The Simpsons Game are able to control four of the five members of the Simpson family, each with their own unique abilities. Two different family members are playable in each level, aside from the “Land of Chocolate” tutorial level, in which only Homer is playable. The game contains sixteen levels, called episodes, and each requires specific powers to complete. For example, in the fourth episode, “Lisa the Tree Hugger”, the player is required to use Lisa’s “Hand of Buddha” power to move large objects, and Bart’s slingshot to shut down machines. Enemies unique to each episode are featured, with the exception of the final level, in which enemies that have already been defeated are “recycled” with different colors.

Several challenges are made available after all episodes are completed. These include finding all the collectibles for each character, finding all the video game clichés, and in the PlayStation 3, Xbox 360, and Nintendo DS versions, completing a certain task related to each episode’s plot in a time trial.

The Simpsons Game’s head-up display features health meters for both characters in each level, and an attack meter and special power meter for the character currently controlled by the player. The game features a two player co-op mode, which has a split screen and allows each player to control one of the two characters featured on that level.

The DS version of the game offers several features that are not available in the other versions. Several minigames are available to unlock and play, most which are updated versions of arcade games such as Frogger and Space Invaders, the latter which references the aliens Kang and Kodos from the The Simpsons Treehouse of Horror episodes. A virtual pet is also accessible, called “Pet Homer”, which allows players to feed, entertain, and save Homer from threats such as choking and heart attacks.