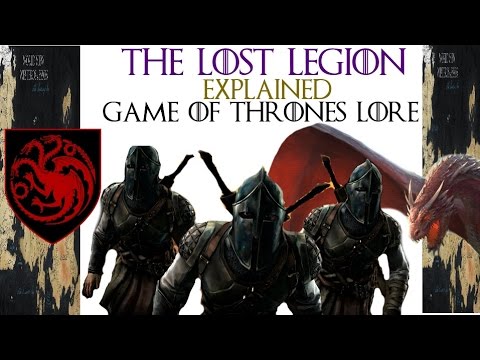 Sellsword groups of Various sizes roam Essos, in the hopes of making coin from fighting other peoples wars. Telltale Game of Thrones has introduced us to one of the unnamed ones, who are known as The Lost Legion. It would be incredible if they showed up in Season Seven!

Heres a link if you wish to support my work!

What Will Happen to Karhold, Last Hearth, and The Dreadfort in Season 7? | Game of Thrones

Kingdom of Sarnor | Rise of the Dothraki -Game of Thrones Lore

You guys should check out Alt Shift X , he made a video called: Valyrian steel: who has the swords that can defeat white walkers?

Alt Shift X is one of my favorite GoT channels, and if you enjoyed this channel You will absolutely love his videos!