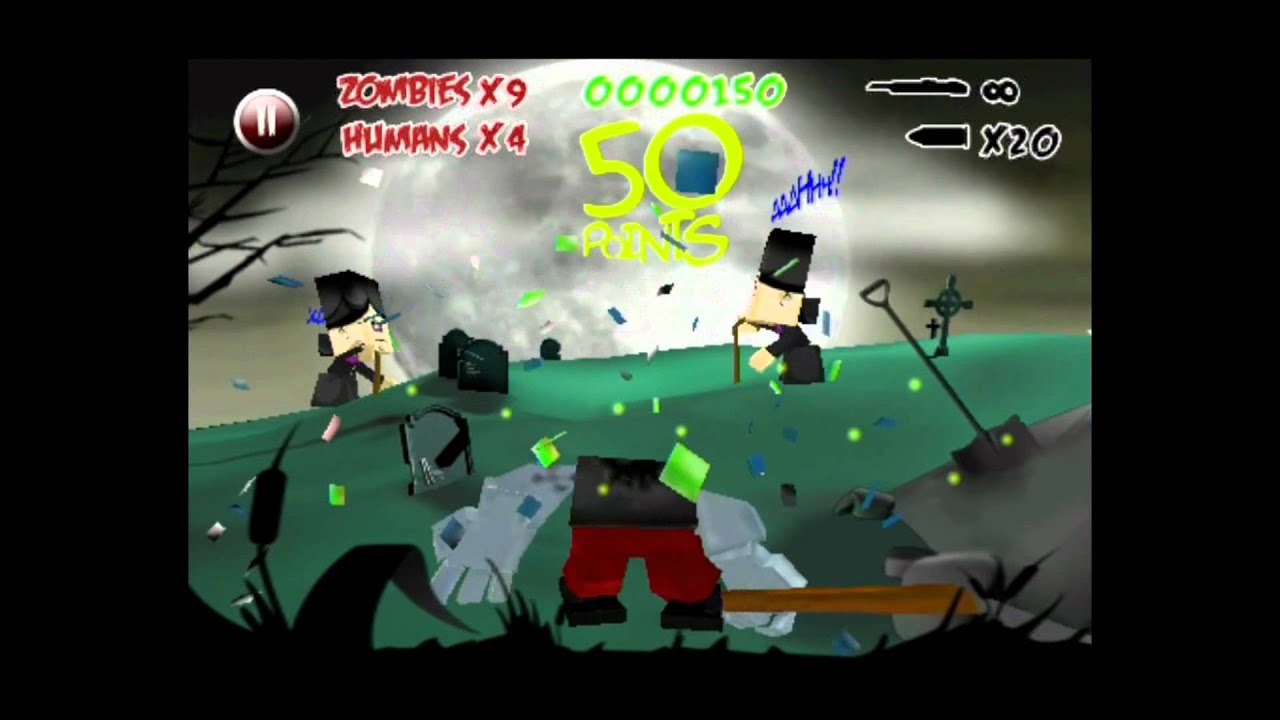 THIS TIME THE THREAT IS… MADE OF PAPER

TAKE ADVANTAGE NOW OF THE INTRODUCTORY OFFER AND DOWNLOAD PAPER ZOMBIE FOR FREE!!

Today is not your lucky day. You got lost taking route 666 and have landed in Zombie Town. Suddenly, you are completely surrounded by zombies…made of paper! At least you have a cutter to defend yourself but the truth is that it’s pretty improbable that you can resist for much longer…or do you think you can? Paper Zombie is a daring mix of two of the most successful kinds of video games in the world: “shooter” and “strategy”. The game oozes with tons of fast action where your mission consists of facing challenging waves of zombies in relatively short but very exciting and intensive stages. You will need all your skills to fight them, but at the same time, also your intelligence to choose the appropriate weapons that allow you to finish each stage without any trouble and manage to escape from Zombie Town!

Luckily you have three kinds of different weapons, each one with its own capabilities. You should combine them to succeed at this unevenly-matched fight.

– Cutting weapons. Everyone knows that one of the best ways to destroy paper is cutting it, but you’ll need to be relatively close to the zombies.

– Shooting weapons. Shoot at the zombies to knock them down but remember that you may only have a limited amount of bullets.

– Launching weapons. Paper burns easily. Launch firebombs to the areas plagued by zombies to finish them off but be careful that there aren’t any innocent ones in the area!

Paper Zombie isn’t just another game. It takes 3D capabilities of the handheld device to the limit, with user friendliness, an audiovisual display and depth to the game that has never been seen before on this platform and even more so on consoles.

AND DON’T FORGET TO CHECK OUT OUR FACEBOOK PAGE ABOUT PAPER ZOMBIE (FACEBOOK.COM/PAPERZOMBIE) WHERE YOU WILL BE ABLE TO “ZOMBIFY” YOUR FRIENDS AND DOWNLOAD FANTASTIC PAPER CUTOUTS WITH THE FUNNY CHARACTERS FROM THE GAME.

AppAdvice.com: “Paper Zombie is a brilliant addition to the arcade blasting genre on iOS. The gameplay is fresh, the artwork fun in an American McGee’s Grimm kind of way, and the unloackables enticing enough to keep the player going.” Score: 4.5 / 5