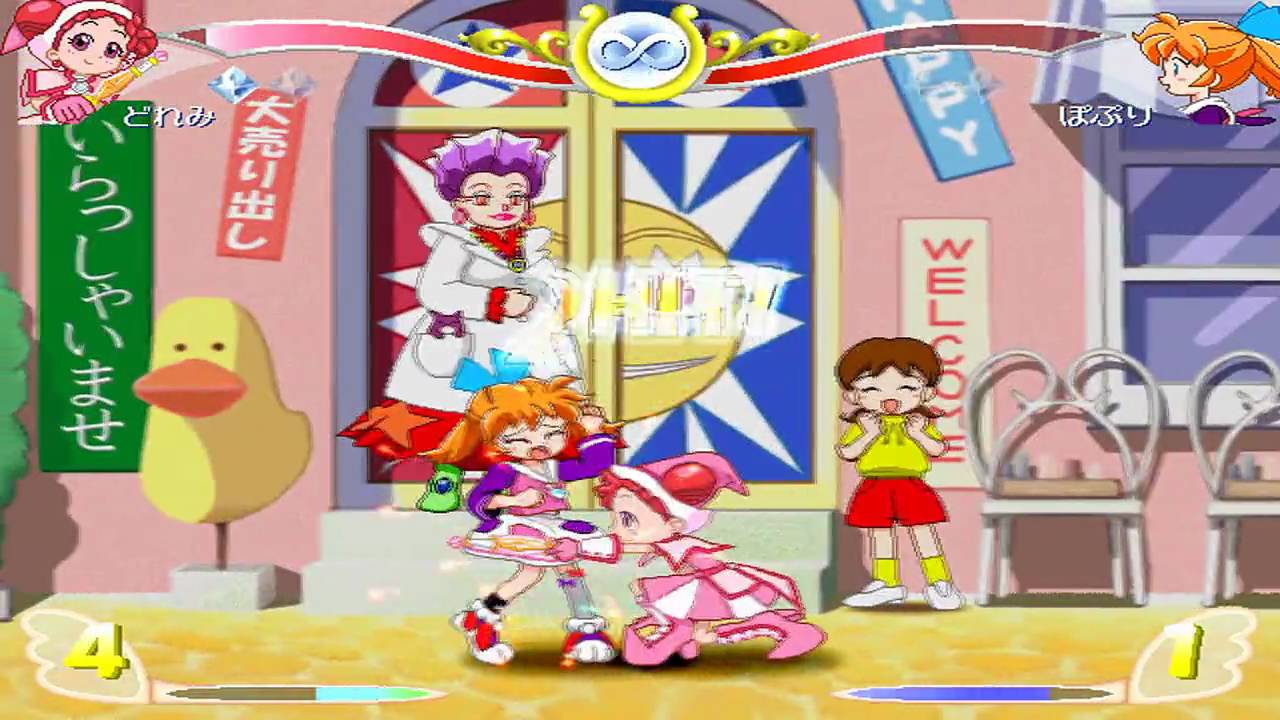 Magical Chaser ~Stardust of Dreams~ is a 2D Fighter Maker 2nd title from Dakken, creators of the previous “Magical Heroines Plus!” (which used the FM95 engine). Magical Chaser is sort of a sequel to Magical Heroines Plus! Like their previous title, the game is comprised of various female or mahou shoujo characters who fight each other, and they come from various animes or mangas.

The game features eight playable characters from Ojamajo Doremi, Princess Comet, Fushigi Mahou Fun Fun Pharmacy, Fushigiboshi no Futagohime, Fushigiboshi no Futagohime Gyu! and Kasumin/Casmin. For a doujin fighter, it’s not bad and it’s totally cute, but it has a few problems here and there. One of the first problems (which isn’t so much its fault) is the limited number of modes. This is a problem with generally all FM2nd games. The devs attempted to rectify this somewhat by releasing various “patches” to alter main modes into other modes, but you’d need duplicate copies of the original game and updates on your computer to take full advantage of this.

Other issues include the limited roster (even though it’s a successor to Magical Heroines Plus!, its roster is currently 33% smaller) and hit boxes, which are questionable at times (you’ll clearly hit opponents but moves will go through them or just miss). The music also resets after each round, which I also find strange as not all FM2nd games do this. The A.I. is quite predictable and could perhaps be a bit more challenging.

To its credit, the game does look and sound nice, each character is distinct from one another in terms of their fighting and all characters’ moves are relatively easy to perform, so the game is good for beginners and deep enough for experts (to break the game with infinity combos). There are a variety of techniques you can perform such as simple specials, ultimate specials, throws, blocking in air or on ground, and countering. The game pays attention to detail with its fan service and the attacks are funny, cute, or have surprising effects depending on the character.

This is a video showing the game in action. Enjoy.