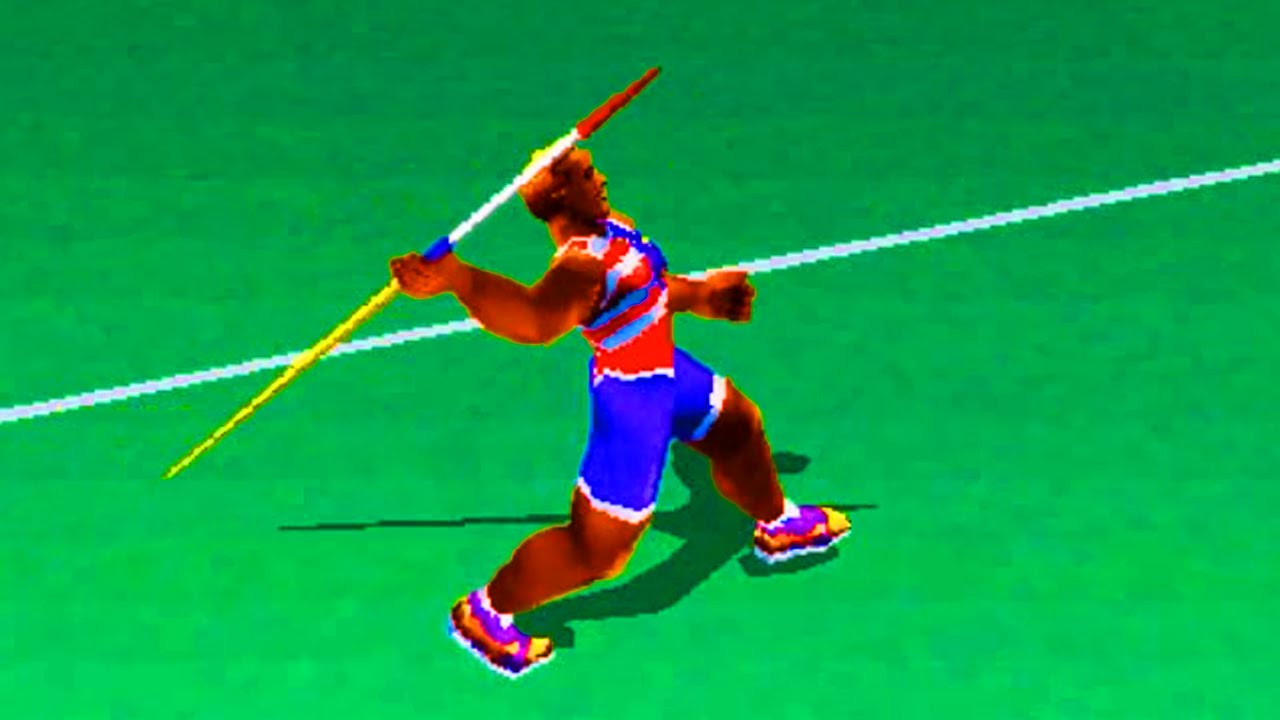 A playthrough of Sega’s 1996 Olympic competition game for the Sega Saturn, DecAthlete.

Played through with the USA representative Rick Blade.

Decathlete is a Track & Field, multi-sport competition style game that was released in the arcades in 1995, and was ported the following year to Sega’s 32-bit home console. For as old as the game is, and for how much the Saturn’s 3D abilities get unfairly bashed, DecAthlete looks thoroughly excellent. It’s fast, fluid, detailed, and it’s running full 3D graphics at a much higher resolution than the great majority of console games of its generation, regardless of platform. And finally, because the arcade version was running on the Sega Titan platform, which shared much the same hardware as the home console, the Saturn version is nearly identical in its graphics and sound. It’s not watered-down at all.

It’s also much more accessible than other Olympic games of its time – though there is certainly some button mashing to be had, it’s far more forgiving than International Track & Field – there’s a heavier emphasis on timing here than there is on how many times you can smash the A button in 10 seconds. I much prefer it this way!

It’s an excellent game, and I don’t recall ever having as much fun with another game in the genre as I have had with this one over the years. Sega Sports was really on point with the effort here!

At,the end of the video I included a couple of fun, random things that I didn’t show during the playthrough. The made me laugh, maybe they will you too.
____
No cheats were used during the recording of this video.

NintendoComplete ( punches you in the face with in-depth reviews, screenshot archives, and music from classic 8-bit NES games!

Visit for the latest updates!

Shadowlord! | Beer and Board Games

Only the 80s would be daring enough to create a fantasy game IN SPACE! Beware the Shadowlord! He's got an exclamation mark! • GO TO...