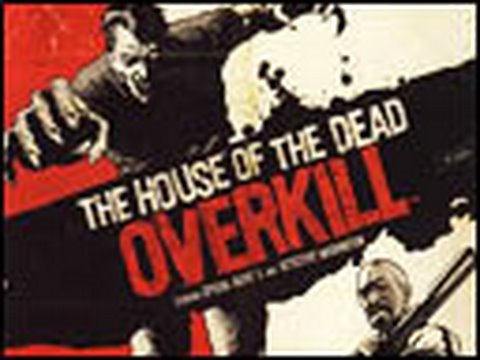 Part 1 of 2. Classic Game Room HD reviews HOUSE OF THE DEAD: OVERKILL for Nintendo Wii by Sega. Zombies, mutants and mayhem OH MY! Time to waste some bitch-ass zombies with your Wii Zapper (or Wiimote or other Wii related gun) in thise House of the Dead arcade style gun shooting game. This CGRHD review of House of the Dead Overkill has gameplay footage from House of the Dead Overkill on Wii. Inspired by shlock horror films, 60’s and 70’s cinema and drive in movies, Overkill is bloody, gorey, violent carnage in a happy Wii disc. Droppin’ f-bombs like there’s no tomorrow, play one or two player modes as Agent G or Isaac Washington, two bad-ass detective thugs out to save the day from mutated zombies who crave brains and gore. This XXX rated video game (rated M actually) has strippers, nurses covered in blood and brains and carneys! CARNEYS. House of the Dead Overkill has a variety of weapons like the pistol, shotgun, assault shotgun, SMG and assault rifle. Upgrade your guns with the money and points that you earn, add more zombies to the mix and make the game more challenging. Sega’s House of the Dead series is always entertaining and this installment is chock full of brains eating, blood soaked zombie mutant mayhem!! Classic Game Room HD reviews House of the Dead Overkill with game play from the video game, how is this game reviewed? CGR is a Nintendo Wii reviewer reviewing Wii games!