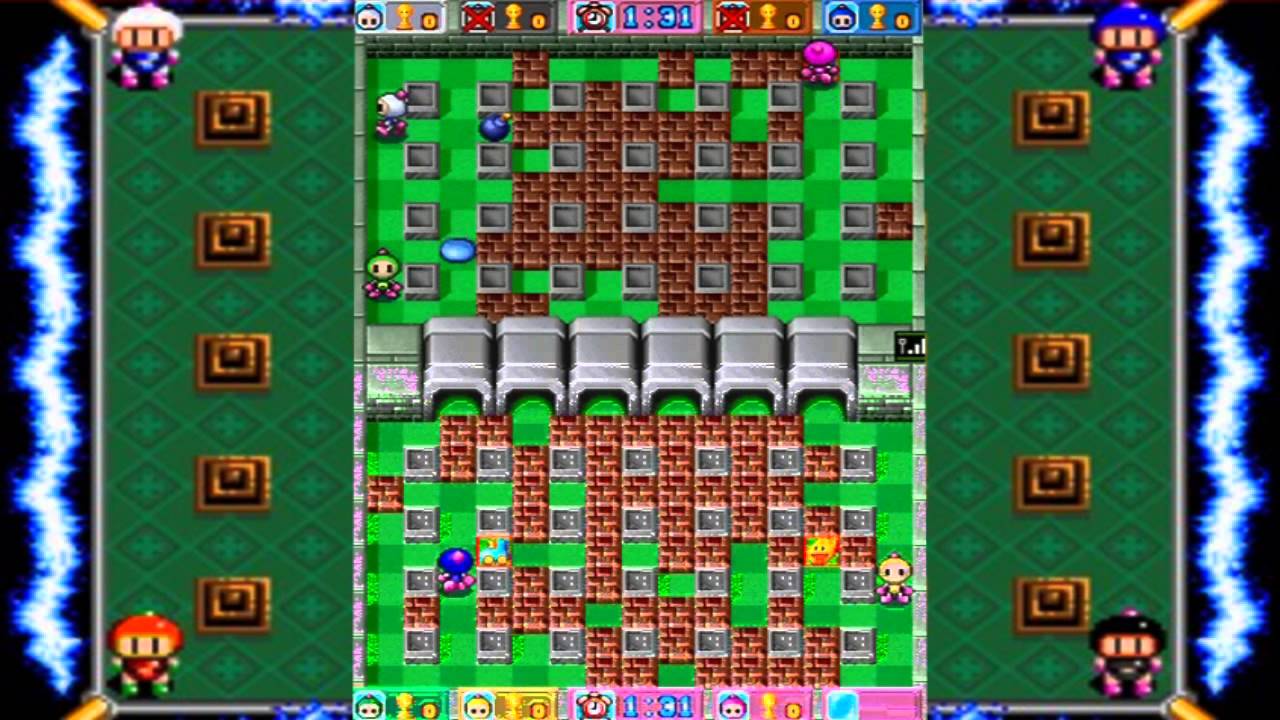 Today’s Wednesday, so I get to upload whatever I want! So, for today’s Whatever Wednesday video, I bring you a 7-player multiplayer video of the Nintendo DS Bomberman game!

I’ve had many real-life friends appear in my videos previously. But, now, I’ve decided to gather a bunch of them! But, it’s a bit difficult to find an easily-recordable 7-player game. Thankfully, Nintendo DS games offer a Download Play mode, which allows players to play a game against another player without physically owning the game. And Bomberman is a game that allows up to 8 players to play at once! So, I figured that this would be a fun game to record!
But, recording a game with 7 people in one room is no easy task; it’s quite stressful, actually! So, this might be the only 7-player multiplayer video on my channel for A LONG time! So, hopefully this video is satisfactory enough to hold you guys over until I choose to do another one… if you want another one, that is!

And, of course, this is a Bomberman game. It plays like the classic Bomberman games. Each player is placed onto a grid and must blow up the other players by setting bombs. But, in this game, if a player dies, a player takes control of a machine on the Nintendo DS’ touch screen that allows them to fling bombs into battle. If that bomb defeats another player, then the previously defeated player returns into battle! The last player standing is the winner!

Player 3 (Red) is Michael (or MegamanSonicX on YouTube, but sometimes I call him MSX or Messy). He has appeared in Whatever Wednesday videos that featured games such as Sonic Rush, Sonic and the Secret Rings, and M&M’s Kart Racing.

Player 6 (Yellow) is Rasik (or foodman28 on YouTube). In my New Super Mario Bros. U co-op walkthrough, he served as the platform creator, and in my Nintendo Land walkthrough, he played as my “M Freeman” Mii for parts the parts that featured multiplayer.

Player 7 (Pink) is me, Bradley. I’m Yoshiller on YouTube! I’m the one that runs this channel!