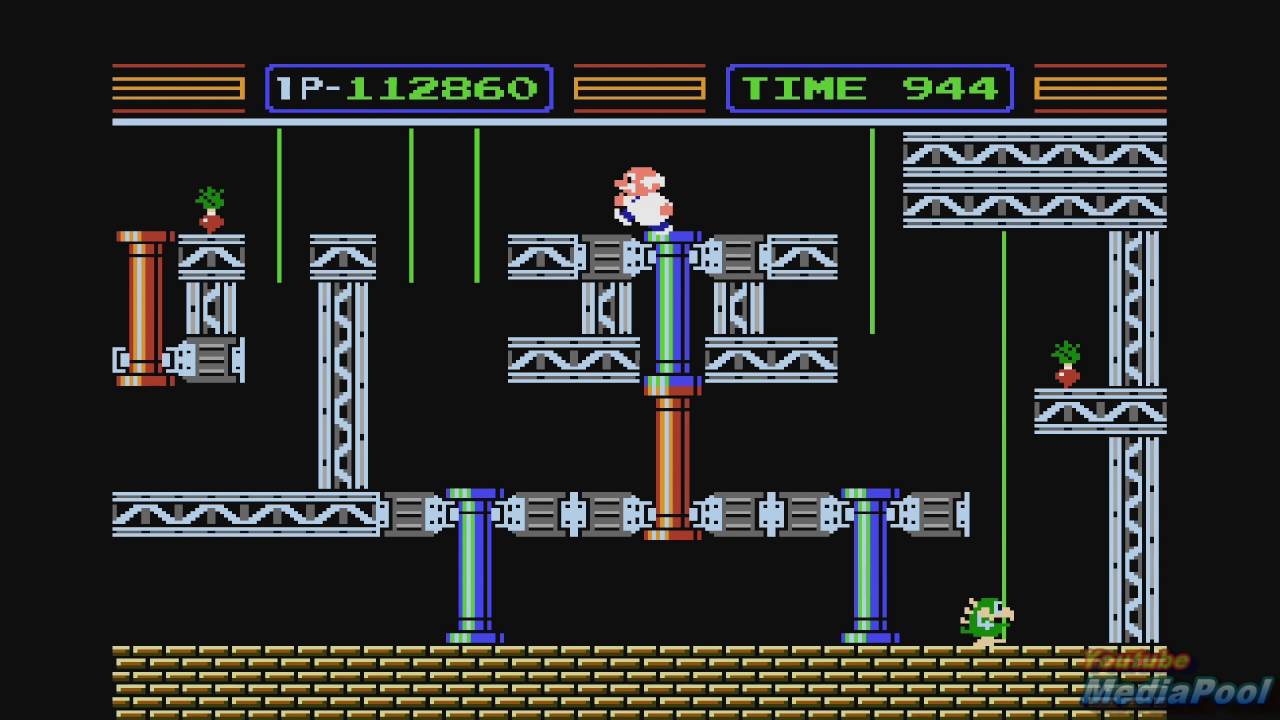 Gyromite, also known as Robot Gyro (ジャイロ Jairo?), is a video game released in 1985 for the Nintendo Entertainment System, designed for use with the Robotic Operating Buddy. Gyromite is one of two games in Nintendo’s Robot Series, the other being Stack-Up (AKA Robot Block). The opening screen of the game shows the title Robot Gyro, the Japanese name of the game for the Family Computer. Essentially, the Gyromite game program is unchanged from the Famicom Robot Gyro cartridge, and many Gyromite cartridges contain the circuit board from a copy of “Robot Gyro,” attached to an adaptor that allows the game to be played on NES consoles. Famicom games had 60-pin connectors, so the adaptor converted the game so it can be used with the 72-pin connector in an NES.